A methane flare at Colorado fracking site. Cutting methane and other SLCPs such as soot, would reduce the global heating effect in the near term, say scientists. Photograph: RGB Ventures/SuperStock/Alamy

Cutting methane sharply now is crucial, as focusing on carbon dioxide alone will not be enough to keep rising temperatures within livable limits, scientists have warned.

CO2 is the greenhouse gas most responsible for heating the planet, with most of it coming from the burning of fossil fuels. As a result, it has been the major focus of international efforts to prevent climate breakdown.

However, other greenhouse gases also have a sizeable warming effect, and if we ignore them we will fail to keep temperatures within globally accepted limits, according to research published on Monday.

The study found that cuts to CO2 alone could not achieve the reductions needed to stay within 1.5C of pre-industrial temperatures.

But cutting methane and other “short-lived climate pollutants” (SLCPs) such as soot would reduce the global heating effect in the near term, thus giving the world “a fighting chance” of staving off climate catastrophe, the scientists said. Methane warming effect is as much as 80 times that of C02, although it quickly degrades in the atmosphere.

Prof Durwood Zaelke, the president of the Washington-based Institute for Governance and Sustainable Development (IGSD), and co-author of the paper, said cutting methane offered a quick way to reduce global heating while the world pursued longer term cuts in CO2.

“We can’t solve the fast-moving climate problem with slow-moving solutions. Like Maverick [the Tom Cruise character in Top Gun], we’d better start feeling the need for speed,” he said.

Zaelke called on European governments to stipulate that any gas they import to replace supplies from Russia should come from sources with low rates of methane leaks. “This is the fastest and most promising way to protect the planet while we decarbonise,” he said.

Plugging the methane leaks from oil and gas operations, including shale wells, and stopping harmful practices such as venting or flaring the gas, is not only technically feasible but can also be highly profitable at today’s gas prices.

Dr Gabrielle Dreyfus, chief scientist for the IGSD, and lead author of the paper, said: “This is an optimistic message, as we have low or no-cost strategies available, with no or low-cost interventions, that can slow global warming in the critical near-term.”

Emissions of methane have been soaring in recent years, the result of leaks and venting from oil and gas exploration, and shale gas wells, and from the intensive rearing of livestock for food. Earlier this year, the International Energy Agency said many countries were drastically under-reporting their emissions of methane, and that the global problem was far worse than previously thought. 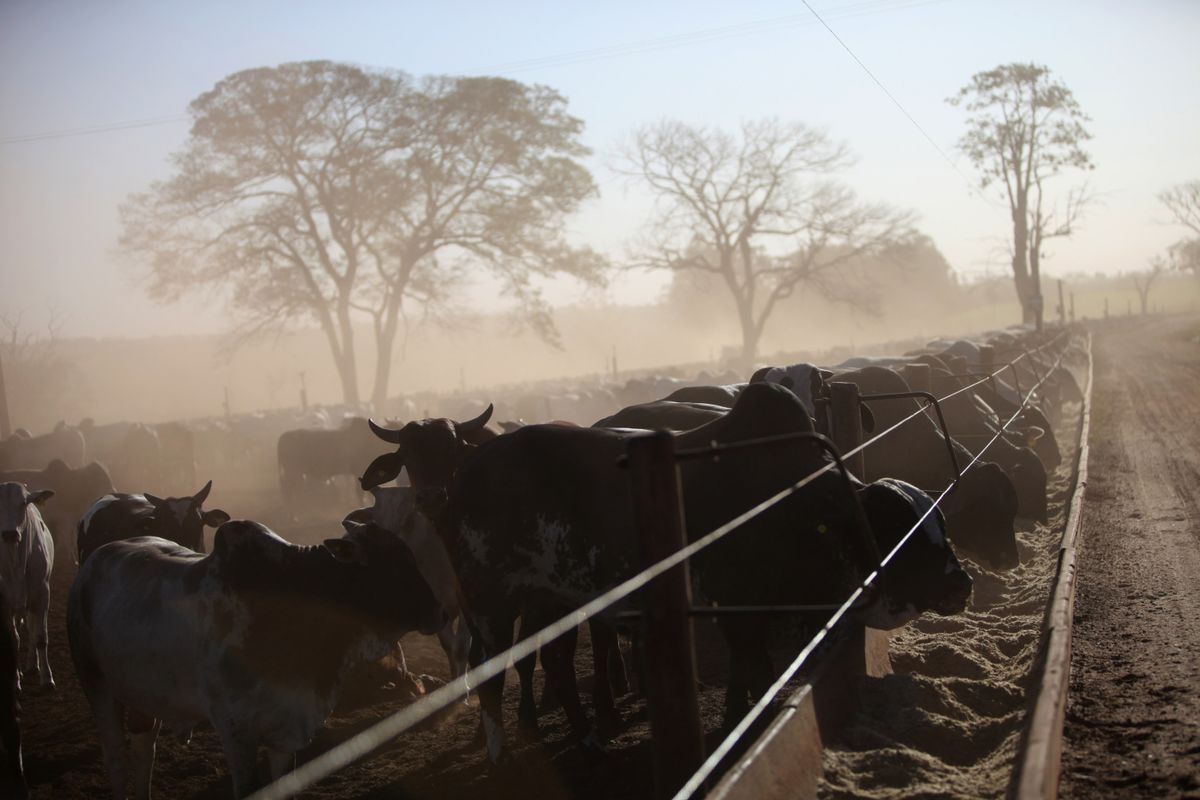 The IGSD paper, which was published in the Proceedings of the National Academy of Sciences, showed the huge potential for “buying time” to change the world’s energy systems by concentrating on cutting methane, and other SLCPs including soot, hydrofluorocarbons, ground-level ozone and nitrous oxide.

These substances contribute almost as much to global heating as CO2, according to the study, though most of them last only a short time in the atmosphere.

Cutting CO2 is still essential for the long term, but must be accompanied by strategies to reduce the levels of SLCPs. If not, then temperatures are likely to exceed 2C above pre-industrial levels, the upper limit set in the 2015 Paris climate agreement, even if there are stiff cuts to CO2 emissions.

She said: “These non-CO2 targeted measures when combined with decarbonisation can provide net cooling by 2030, reduce the rate of warming from 2030 to 2050 by about 50%, roughly half of which comes from methane, significantly larger than decarbonisation alone over this timeframe.”

The paper found the importance of “non-carbon dioxide pollutants” had been “underappreciated by scientists and policymakers alike and largely neglected in efforts to combat climate change”.

Last year, before the Cop26 climate summit, the US and the EU launched a global pledge to cut methane emissions by 30% by 2030, to which more than 100 governments responsible for more than half of those emissions are now committed. However, Russia – which has some of the world’s highest methane emissions, owing to its leaky oil and gas infrastructure – is not among them.