Liang Lan
Marine and Environmental Scientist
International Orangutan Day is celebrated on August 19th to recognize a positive way to bring much needed attention and awareness to the crisis facing these beautiful red apes.

Orangutans are large apes living in Malaysia and Indonesia. They can stand about four and a half feet tall and weigh up to 165 pounds. Like many apes, their arms are very long, and can span up to six and a half feet across! International Orangutan Day was established to help raise awareness of their plights and aid in protecting them.

Orangutans belong to the great ape family, along with gorillas, chimpanzees, bonobos and humans. The orangutan is Asia’s only great ape, and one of humankind’s closest relatives. In fact, we share 97% of the same DNA!

Are orangutans in danger of extinction?

All three species of orangutans are critically endangered, with populations in decline. The International Union for Conservation of Nature (IUCN) Red List assessments indicate there are approximately 14,600 Sumatran orangutans, 104,700 Bornean orangutans and fewer than 800 Tapanuli orangutans remaining in the wild, however actual numbers are likely to be less that these estimates. Without drastic intervention, orangutans may soon be extinct as biologically viable populations in the wild.

Threats to the orangutan

Being the slowest reproducing species in the world, orangutans are highly prone to extinction. Orangutan numbers and distribution have declined rapidly since the middle of the 20th century, due to human activities. Here are the most important threats that they are faced.

Orangutans have lost well over 80% of their habitat in the last 20 years, and an estimated one-third of the wild population died during the fires of 1997-98.

Orangutans are sometimes shot in retaliation when they move into agricultural areas, such as oil palm plantations, and destroy crops. This occurs particularly in times of hardship when orangutans can’t find the food they need in the forest. 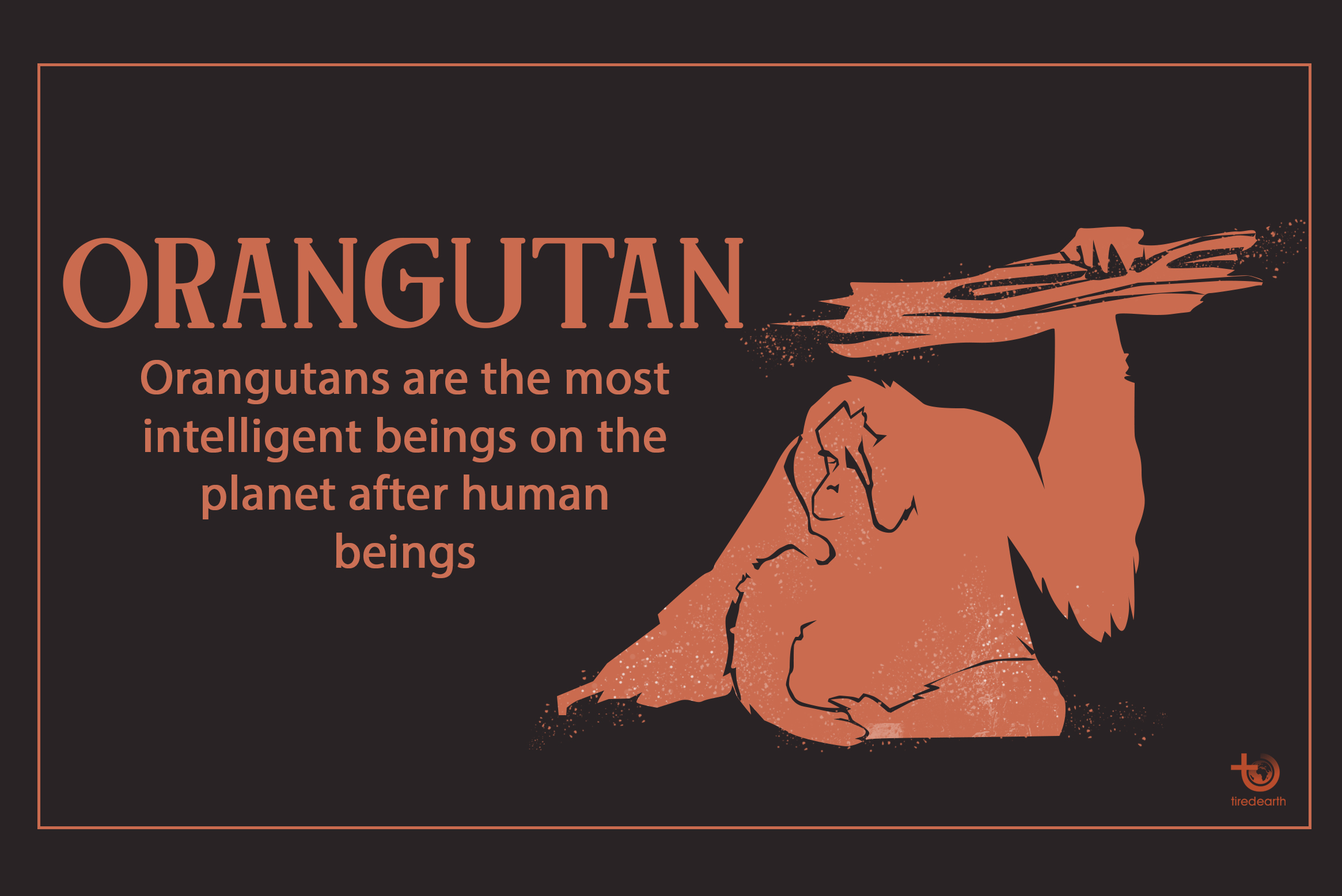 Illegal logging has been a major and complex problem and this can contribute to population decline. It brings another problem for the orangutans: logging roads make forests more accessible. Poachers come into the forest on logging roads, shoot mother orangutans, and capture the babies.

Studies have indicated that 200-500 orangutans from Indonesian Borneo alone enter the pet trade each year. Young orangutans are in demand for a flourishing pet trade, with each animal fetching several hundred dollars in city markets on nearby islands. This represents a real threat to wild orangutan populations as orangutans have an extremely low reproductive rate.

Another major threat to orangutan population is mining. Illegal open cast mining for gold and zircon in protected areas has turned the lush primary rainforest into a barren and lifeless desert. Mercury, used in the mining process, contaminates the river systems, killing fish and other wildlife like orangutan.

How to save orangutans

There are many things you can do to help save the orangutan on day-to-day basis apart from donating to the many orangutan charities. For starters, avoid purchasing tropical or exotic plywood and hardwood, palm oil-based products, and rayon viscose clothing. In addition, reduce your consumption of paper, and seek out recycled “treeless” paper sources.

International Orangutan Day Orangutan extinction Loss of habitat logging
Let’s Save the Honey Bees from Pesticides
Role of Education for Mitigation and Adaptation to ...

We should save insects ‘for our own sake’