Hannah Steiner
marine wildlife conservation and environmental activist
World Elephant Day is an international annual event on August 12, dedicated to the preservation and protection of the world’s elephants.

Elephants are extremely intelligent animals and have memories that span many years. It is this memory that serves matriarchs well during dry seasons when they need to guide their herds, sometimes for tens of miles, to watering holes that they remember from the past. They also display signs of grief, joy, anger and play.
Recent discoveries have shown that elephants can communicate over long distances by producing a sub-sonic rumble that can travel over the ground faster than sound through air. Other elephants receive the messages through the sensitive skin on their feet and trunks. It is believed that this is how potential mates and social groups communicate.

A group of elephants is called a herd. The herd is led by a matriarch, which is the oldest female. Females, as well as young and old elephants, stick together in a herd. Adult males tend to wander on their own.
Elephants also have certain rules. For example, when they are meeting each other, they expect the other elephant to extend its trunk in greeting. The matriarch will often teach young elephants in her herd how to act properly.

There are some concerns regarding to elephants that threat their lives. 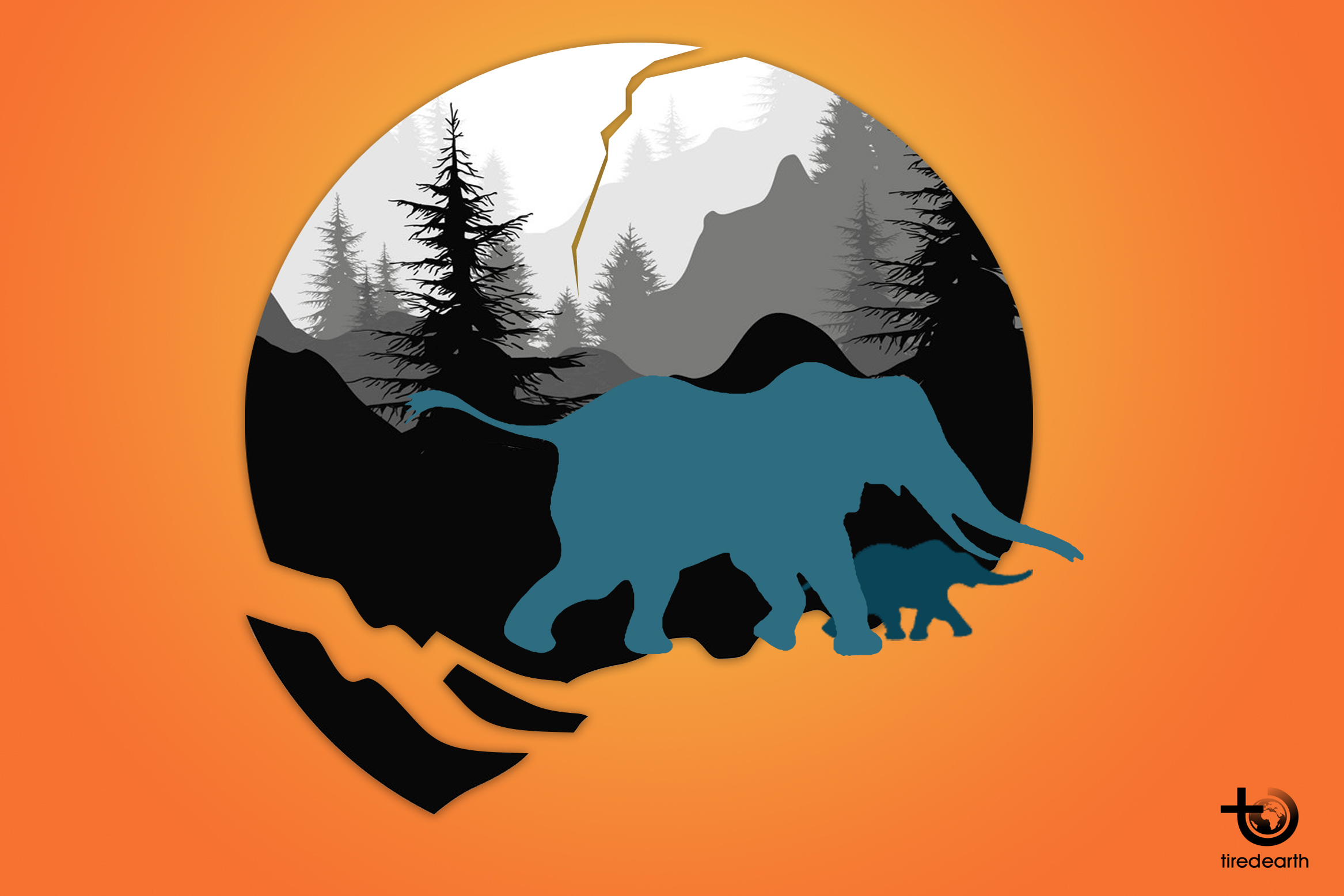 Recent research by STE revealed that an estimated 100,000 elephants were killed for their ivory in Africa between 2010 and 2012. The number of elephants remaining in Africa is uncertain, but are likely to be in the region of 500,000. Taking into account births these losses are driving declines in the world’s wild African elephants on the order of 2-3% a year. The ivory trade is fueling organized crime and insecurity as traffickers smuggle tusks through the same networks as other high value illegal goods such as drugs. Ultimately the trade is driven by demand for ivory in consumer countries, mostly in the East, where it is sought after as a status symbol and an investment.

Elephant hide and hair is another product that may be poached, but not to the degree of ivory. The hide is used for luxury items and the hair for jewelry products.
The shooting of elephants for sport is another major threat. Likewise, the illegal capture of elephants, especially in Asia, for use in circuses, tourist sports and as work animals features as another threat. Animals are captured and used in servitude, to move logs, etc. as well as to perform for tourists. They are often maltreated and do not live long lives.

Illness is common amongst elephants and can be a serious threat to the survival of the herd. Elephant pox seems to be a strain of normal cow pox and is one of the most dangerous diseases for elephants. Most often, it is spread to the elephants from rodents. It is lethal, and was responsible for the death of many elephants until vaccination programs became available. Rabies is a disease one would not associate with elephants, but this is another fatal disease they face. Fortunately, it is not passed on to the other members of the herd.

What can we do?

As we mentioned, there are many threats regarding to elephants. Here’s how we get involved in helping to save the elephants, before it’s too late.

Or sell it, or wear it. New ivory is strictly banned, but antique ivory can be legally available for purchase. Ivory has traditionally been used for jewelry, billiard balls, pool cues, dominos, fans, piano keys and carved trinkets. Shunning antique ivory is a clear message to dealers that the material is not welcomed, and it's an easy way to show your solidarity with the elephants.

The palm oil industry is linked to major issues such as deforestation, habitat degradation, climate change and animal cruelty. This large-scale deforestation is pushing many species to extinction. 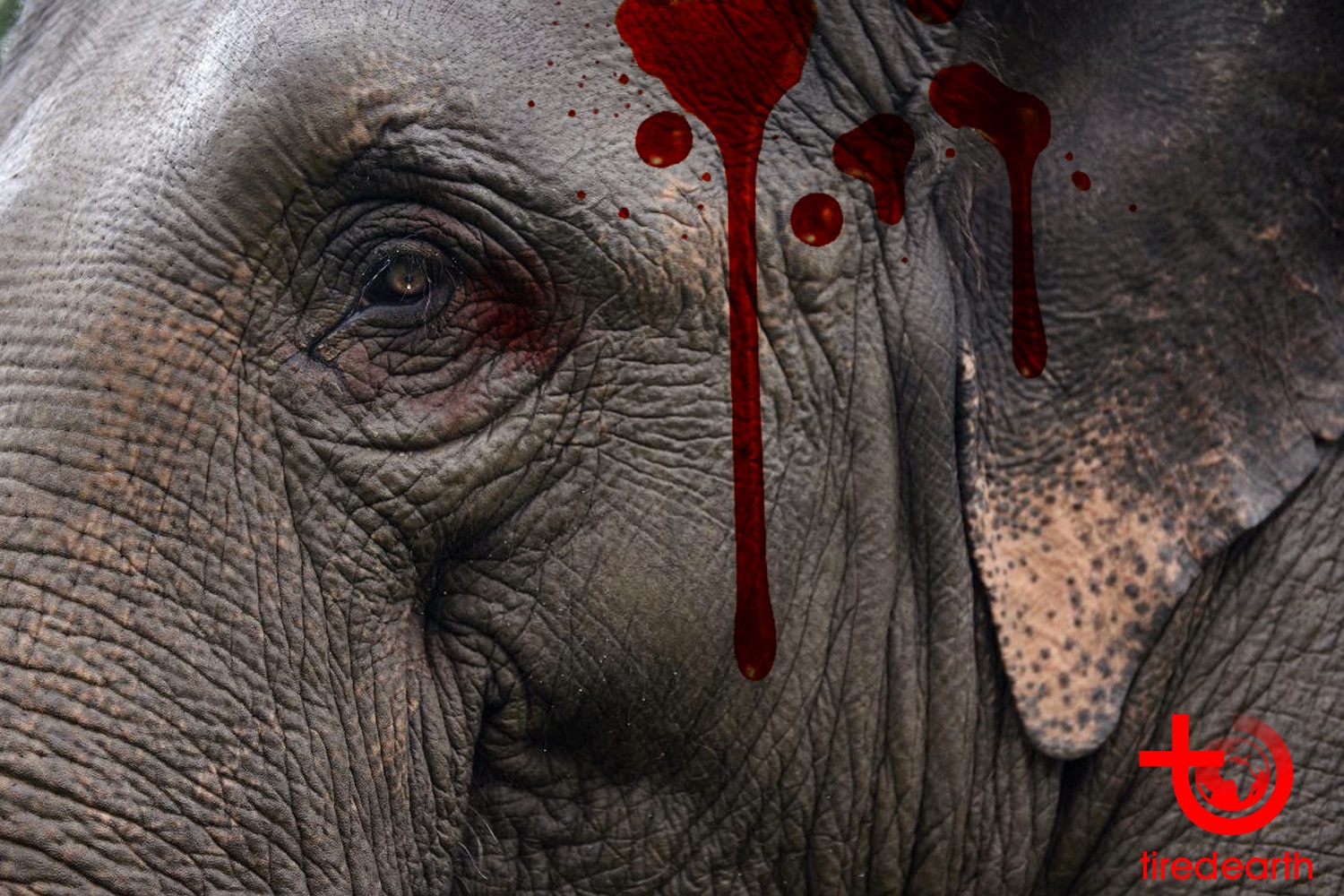 4. Visit the elephants in the wild

Tourism is an important way to support elephant conservation as fees are used to help protect the animals, fund anti-poaching teams and track the elephants to make sure they’re safe.

Some of the top places to visit to support elephant conservation, and see elephants roaming freely in the wild include Amboseli National Park in Kenya, Chobe National Park in Botswana, and Kruger National Park in South Africa. Also worth checking out is Elephant Watch Camp in Kenya – run by the Douglas-Hamilton family, who founded Save the Elephants.
These are only a few tips we can do to save elephants from extinction. There are still many challenges ahead in protecting elephants, but if we stand together and urge our leaders to act, we can make a difference now.

Different religions have different views of animals and their place in our lives. For some we are equals and equally deserve to live our lives free from suffering inflicted on us by others. Other religions have traditionally seen animals as being 'beneath' humans and of lesser importance. But is this really true or does it all depend on how scriptures and other sacred texts have been interpreted?

Hinduism is a kind of eastern and Non Abrahamic religions that have a total different attitude about animals specially elephants. Elephants are religious symbols in many Asian cultures and represent intelligence, strength, dignity, peace and longevity. Lord Ganesha, the elephant god, is the most universally worshiped Hindu deity. He is exalted by devotees and believed to represent “perfect wisdom” and be the “remover of obstacles.” His image graces the entryways of temples and is also found at workplaces. Followers pray to Ganesha before they begin a new venture because they believe he will remove any obstacles to success.

Many Jews see no anomaly in using animals as they wish and that includes eating them. But there are many more who strongly oppose cruelty to animals and say that this view has a strong basis in Jewish teachings.
The Jewish concept of tsa'ar ba'alei chaim is the obligation not to cause pain to animals. The Code of Jewish Law states, "It is forbidden, according to the law of the Torah, to inflict pain upon any living creature. On the contrary, it is our duty to relieve pain of any creature, even if it is ownerless or belongs to a non-Jew." 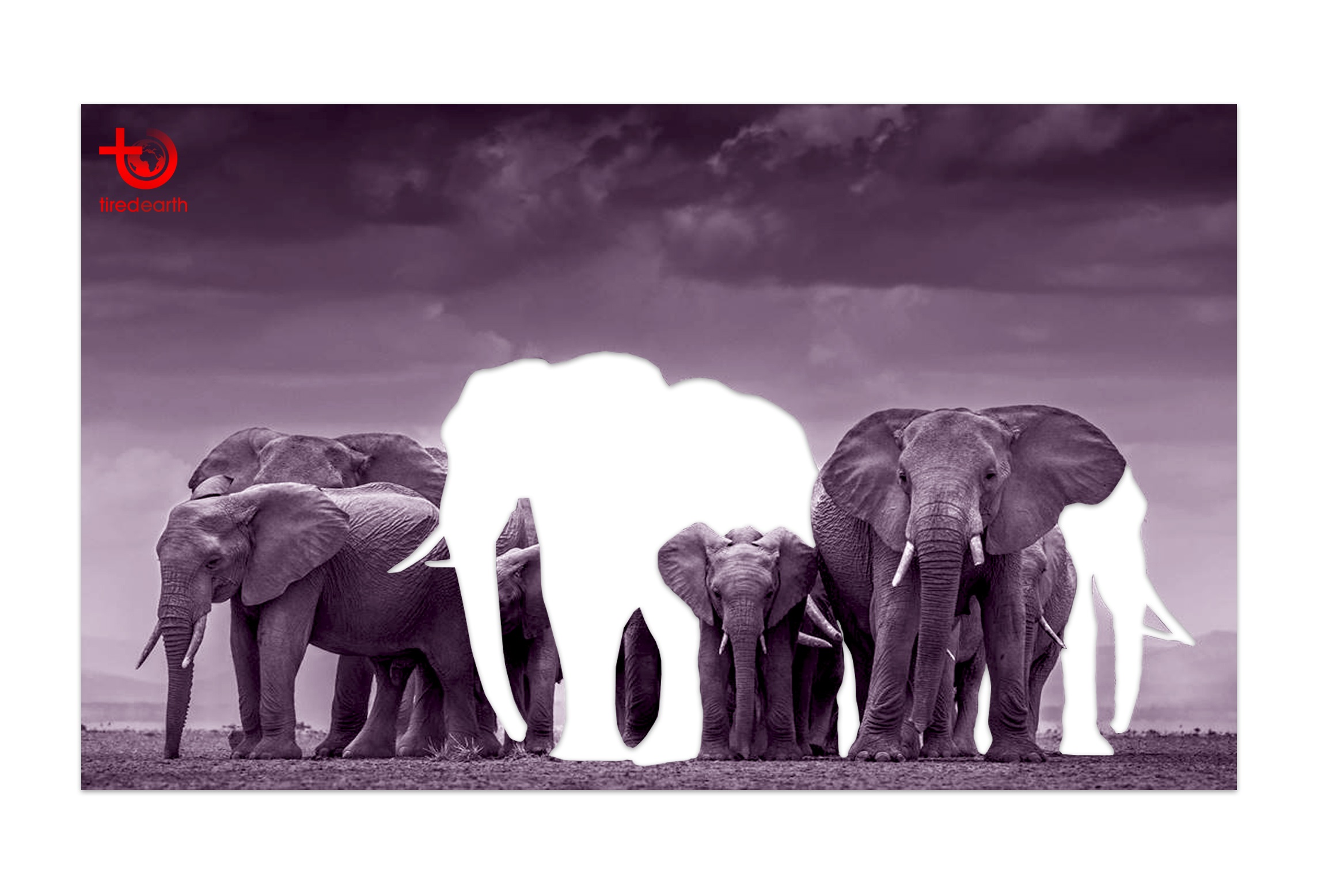 In Christianity we have two points of view considering the place of animals in the universe. Many Christians see humans as being at the top of a hierarchical tree, just below God, and with animals somewhere beneath them.
Others disagree the previous point of view and believe that animals are independent and equal to humans. In the very first chapter of the Bible it is said that in the beginning, when things were as God meant them to be, animals were not created to be food for humans. The animals were to eat grass, foliage and cereals; human beings, fruit and nuts. Only later, when sin was rampant in the world, were animals granted to humankind for food, with the sinister words: 'The fear of you and the dread of you shall fall upon all wild animals and birds and fish; they are given into your hands.
In different parts of Bible, we have some quotes about caring animals like sparrow by God as well as humans. Feeding animals is the other note accentuated in Bible. (Matthew 10:29-31) These examples are all documents of respecting animals in Bible.

In Islam we have a great highlight of respect to animals and Muslims should show a certain level of respect to animals especially because they are also creatures of Allah and because Allah shows mercy to us. It is also recommended to feed or to quench their thirst. If a Muslim sees a thirsty or hungry animal, he/she should feed it as there is reward for assisting a needy creature. This has been mentioned by Muhammed that: “There is a reward (for serving) everything with a moist liver (that is, every living creature).”
The Islamic religion has always viewed animals as a special part of God's creation. The Qur'an, the Hadith, and the history of Islamic civilization offer many examples of kindness, mercy, and compassion for animals. For example, the Qur'an says, "There is not an animal on Earth, nor a bird that flies on its wings - but they are communities like you."
And: "The Holy Prophet (S) narrated a vision in which he saw a woman being chastised after death because she had confined a cat during her life on earth without feeding and watering it, or even letting it free so it could feed itself."

The elephants story in holly book:

The Muslim tradition attributes to Abraha an attack of Mecca with a troop of elephants. Mecca is then defended by Abd al-Muttalib, Mohammed's grandfather. Mecca is preserved "miraculously". The Qur'an relates this story: "[105: 1-5] Seest thou not how thy Lord dealt with the Companions of the Elephant? Did He not make their treacherous plan go astray? And He sent against them Flights of Birds, Striking them with stones of baked clay. Then did He make them like an empty field of stalks and straw, (of which the corn) has been eaten up." The year of this attack, called the "Elephant Year," would be that of the birth of Mohammed, traditionally located in 570 or 571. What is very interesting: Abraha's elephants were kneeling and ... refused to attack Mecca and charge the Ka'ba. For this, elephant is a respectful creature in Islam.
All these examples and verses and historical stories show the amount of respect paying by religions to animals. Elephant is one of these animals must be respected by humans but the extinction of them shows other reality. But what causes this ignorance? The first misunderstanding is that regions teaches that humans are granted dominion over animals gives us a warrant to treat them in whatever way we may wish. However, Jewish tradition interprets "dominion" as guardianship, or stewardship: we are called upon to be co-workers with God in improving the world.
So, the religious mandate does not mean that people have the right to wantonly exploit animals, and it certainly does not permit us to breed animals and then treat them as machines designed solely to meet human needs. We are not allowed to destroy elephants to gain their tusks. We don’t have the right to limit the habitat
The best way to combat such ignorance is through education and good example. Individuals and governments have important roles to play in educating the public about the care of animals and establishing institutions to support animal welfare.

Orangutan; ‘the Man of the Jungle’ Needs to Be Saved