Liang Lan
Marine and Environmental Scientist
World Wildlife Day, is celebrated every year on March 3 as proclaimed by the United Nations on 20 December 2013.

The goal of this day is to celebrate and raise awareness of the world’s wild animals and plants. World Wildlife Day has now become the most important global annual event dedicated to wildlife.

World Wildlife Day will be celebrated in 2019 under the theme “Life below water: for people and planet", which aligns with goal 14 of UN Sustainable Development Goals. So, this year is dedicated to marine life and its benefits and threats. The ocean contains nearly 200,000 identified species, but real number might be more than million.

Another important fact about marine life is the market. The market value of marine and coastal resources and industries is estimated at US$3 trillion per year, about 5% of global GDP and more than three billion people depend on marine and coastal biodiversity for their livelihoods.

Marine wildlife plays a key role for human civilization and development for million years, from providing food and nourishment, to material for handicraft and construction.

Some facts about marine life

Combined, they account for one-third of total ocean pollution. 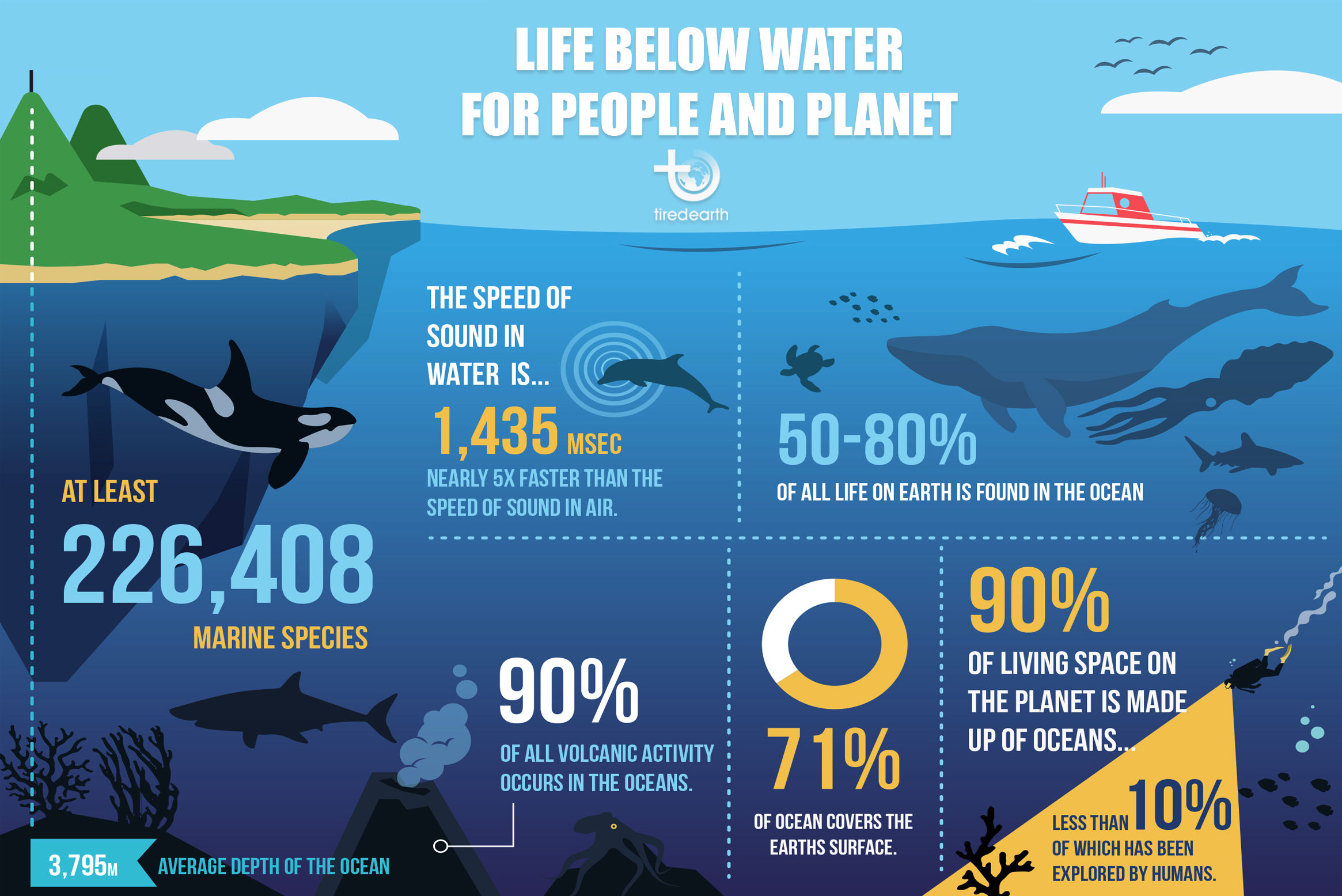 Ship strikes are the leading culprit in the disappearance of the North Atlantic Right Whale. The Right Whale is only one of many marine mammal species that is at risk of being hit by high-speed ships. Over 90 manatees die prematurely due to ship strikes every year in Florida according to some researches.

To navigate their way through the ocean whales and dolphins rely on acoustics. These mammals need to this sound for communication, mating, foraging, and migration. The addition of loud noises from ships, sonar, drilling rigs, and other human sources can distort messages sent by marine mammals. Scientists believe that acoustic noise pollution prevents these mammals from being able to detect approaching ships or fishing nets, adding to the risk of being killed.

Two common types of fishing methods are trawling and gillnetting that involve running extremely long lengths of fishing net through open water. These nets are usually left in the sea and have been devastating to sharks, dolphins, sea turtles, and whales that accidentally get caught in them.

Oil spills that cause ocean acidification, have both short term and long term effects on marine mammals. Toxic chemicals in oil causes serious damage to the digestive system and internal organs of sea creatures like seals, otters, dolphins and so on. In the long term, exposure to petroleum can cause reproductive damage, making it difficult for populations to repopulate in the wake of oil spills.

Fertilizer and pesticide runoff and industrial wastes from across the world pose a serious threat to marine mammal’s ecosystems. Runoff is especially problematic in coastal regions where the excess nitrogen from fertilizer can spawn massive algae blooms that deplete water of oxygen creating a “dead zone” for fish. “Death is the result of this runoff for ocean creatures”.

Global warming due to climate change effects highly on the lives of marine mammals, especially in the Arctic. This is because of habitat loss that is slowly melting away. So, mammals like the ringed seal must find new places to give birth and raise their young. The other effect of climate change is that the ocean absorbs more carbon dioxide from the atmosphere and due to this global waters are becoming more acidic. This effect interrupts the food chain, leaving larger marine mammals without food sources, causing major damage to marine ecosystems across the entire world!

The Role of Humans in Habitat loss and Destruction

Why we should love octopuses?