Liang Lan
Marine and Environmental Scientist
The amount of plastic in the world weighs twice as much as all animal life combined. Despite vast investment in climate change, much less attention is being paid to plastic pollution - and we need to fight both together.

Research into plastic pollution needs to radically increase if we want to have a chance of solving it, a new study argues.

Museum scientist Dr Alex Bond is the co-author on a paper which links the fight against climate change with plastic pollution and argues for equal investment in both.

Alex, who is the Principal Curator and Curator in Charge of Birds, writes, 'Plastics are found everywhere from the Mariana Trench to Mount Everest and from ghost nets to subcellular particles. Despite this, research into plastic pollution remains 40 to 50 years behind studies on global heating.'

'Plastics are a threat to global security; a human rights issue and a food security issue, yet we see the same denialism today in plastics as we did in climate science in the 1980s. Climate change and plastic pollution are intrinsically linked and by solving one we solve the other.'

'We need to step-change plastic pollution research like global heating did and do it together.'

The paper was published in the journal Biological Conservation. 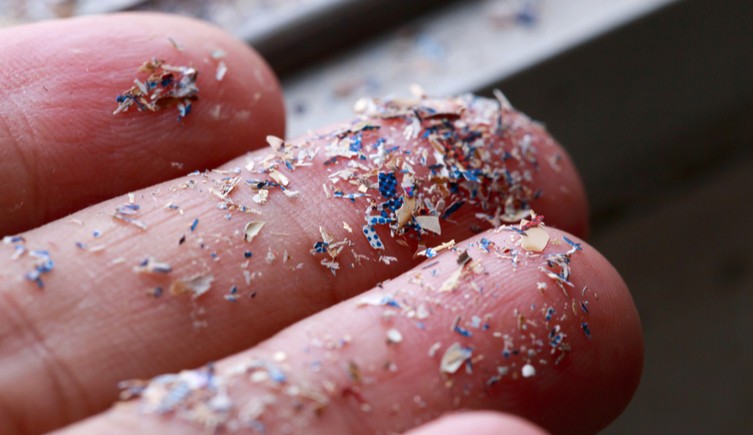 Extreme weather caused by climate change can assist in the creation of microplastics, which have serious implications for our health. Image © chayanuphol/Shutterstock

How are climate change and plastic pollution linked?

Climate change and plastics pollution both represent a significant threat to the health of the planet's ecosystems, and the two are inextricably linked. With only 6% of new plastics made from recycled material, this link begins at the very start of the lifecycle of plastics.

The remaining 94% of plastics come from virgin materials, of which the majority is sourced from the petrochemical industry. Plastic production is responsible for around a sixth of the world's industrial carbon dioxide emissions and uses 14% of all oil produced each year.

Every kilogramme of plastic produced is responsible for around 4.2 kilogrammes of carbon dioxide across its entire lifetime. With the average European throwing away around 114 kilogrammes of plastic every year, this equates to around the same emissions as flying from London, UK to Cairo, Egypt.

Most of this plastic is thrown into landfill, with just 9% recycled each year. 19% is incinerated, adding further to global carbon dioxide emissions, and in the USA, more than six times as much plastic is burnt than recycled.

Climate change, meanwhile, also impacts on plastic pollution. Rising global temperatures are linked to more extreme weather events, which can exacerbate the spread of plastic around the world.

Heat can also cause plastics to break apart more rapidly, which accelerates the creation of micro- and nanoplastics. These minute plastic particles have been linked with a variety of health impacts in animals, including changes in seabird blood chemistry, carrying disease-causing microbes, and affecting the development of young mammals. 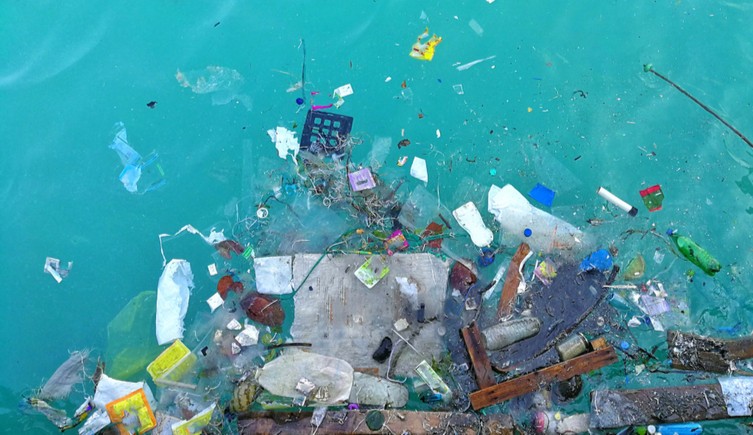 More funding and greater regulation of plastics are the firsts steps to getting plastic pollution under control. Image © Mr.anaked/Shutterstock

How does our relationship with plastic need to change?

The main way that we can improve our knowledge of plastic pollution is by increasing the amount of research funding that goes towards it.

The authors argue that rather than this being a question of researching one or the other, both topics need to be given equivalent footing. Funding is available to study climate change and plastic pollution equally, with the authors suggesting that the money used to subsidise fossil fuel could be redirected to research.

Rather than looking at each in isolation, researchers themselves also need to examine both topics together to reflect the interconnected nature of the world's ecosystems. There also needs to be a shift from looking for the effects of the presence of plastic to understanding how different degrees of the material affect wildlife.

Beyond science itself, political changes are needed at a national and international level to address the issue. Rather than exporting their waste to less affluent countries, wealthy nations need to do better at processing and recycling their own rubbish. This will reduce carbon emissions and the health impacts of improper disposal.

The paper notes that cleaning up all plastics is not feasible in the short term, and that regulation of plastics needs to focus on the mitigation of its effects and controlling its production.

Plastic is a difficult problem to overcome, and there are no simple solutions to its impacts. Gaining a better understanding of the issue, and taking a holistic view of the threats that face humanity, are vital if we want to one day bring plastic pollution under control.