The study found that electricity from solar generation is approximately 63% cheaper per megawatt-hour (MWh) than fossil fuels, and according to the World Energy Outlook for 2021, solar photovoltaic and wind power are the cheapest sources of new electricity generation.

The cost of electricity from coal dropped $2 (R31) per MWh between 2009 and 2019, while prices associated with the generation of solar power decreased by 89% over the same period.

Interestingly, the price of electricity from nuclear generation increased over the ten years.

This raises the question: Why has the cost of electricity from solar generation dropped so sharply compared to fossil fuels?

For coal and nuclear power, the cost depends mainly on two factors — the price of the fuel burnt and the plant’s operating costs.

Solar power running costs are comparatively low and there are no fuel costs. Therefore, the major driver of solar power generation costs is the technology itself.

For electricity from solar power generation to become more affordable, the price of solar modules first had to reduce, which only occurred as more of them were produced and manufacturers reached economies of scale. 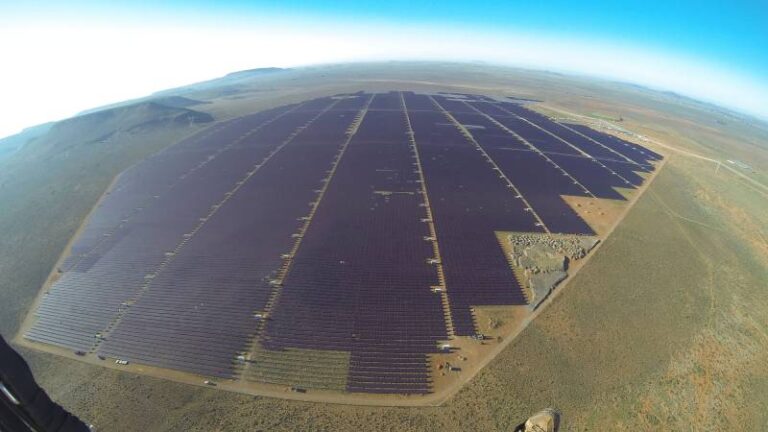 While it is probable that this would have occurred naturally as improvements to the production process would have been discovered over time, the global push towards adopting renewable energy generation is likely to have accelerated enhancements to the manufacturing process.

From there, a positive feedback cycle helped drive down costs.

An increase in demand for solar modules resulted in more being deployed. In turn, this caused prices to fall, creating more demand.

Our World in Data reported the findings of a study by de La Tour et al., which showed that the price of solar modules had reduced by 99.6% since 1976.

The 2013 study used experience curve models to predict what the cost of solar modules would be in 2020.

“With each doubling of installed capacity the price of solar modules dropped on average by 20.2%,” the report stated.

A solar module uses photovoltaic cells to convert sunlight to electricity. When a panel of PV cells absorbs light, electrons that generate electric current are released.

The electric current produced can be used as a direct power source or stored in batteries as a backup power solution.

Following the levels of load-shedding experienced in 2021—Eskom’s worst year yet—and the announcement that the power utility is leasing its land to private power producers, the lowering cost of solar power generation could be the first glimpse of the light at the end of the tunnel for South Africa’s electricity problems.