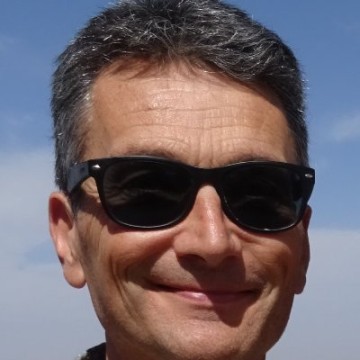 Neil Kitching
Author Carbon Choices - common-sense solutions to climate and nature crises. Geographer; energy, heat & water business expert
You will be hearing a lot in the run up to COP26 in November. But what exactly is it? In this blog I will explain all in as few words as possible.

COP26 is the 26th global climate conference run by the United Nations. It is being hosted by the UK and held in Glasgow, Scotland between 1 and 12 November 2021. It will be the largest ever international conference held in the UK, hosting up to 30,000 climate experts, negotiators, heads of state, media and observer organisations from over 200 countries - if Covid regulations allow. COP stands for 'conference of the parties' where the 'parties' are international governments.  Fundamentally, COP26 is the setting for the world's most complex international negotiations.

The first COP took place in 1995 and have been held on a near annual basis ever since, with more significant meetings held every 5 years. At Kyoto (COP3, 1997) the world's first legally binding climate targets were agreed but were limited and ineffectual. In Copenhagen (COP15, 2015) countries failed to reach any meaningful agreement, yet at Paris (COP21, 2015) a comprehensive agreement was reached for the first time. Countries agreed to limit global warming to 2oC, and to "purse efforts" to limit it to 1.50C.

Each country agreed to set their own carbon target through their "Nationally Determined Contribution". Broadly this has been achieved, but the targets set are not sufficient to reduce global warming to 2oC. Countries also promised to review and tighten these targets every 5 years. Of course, the USA then withdrew from this agreement, then re-joined this year. Alongside China's announcement of a net zero 2060 target, this has raised expectations for further global progress.

At COP24 an outline rulebook was established to implement the Paris Agreement, then at COP25 rules for a market mechanism to trade emission reductions were proposed. COP26 is crucial as it will complete and implement what was agreed at Paris and hopefully establish a stronger collaborative framework for businesses to play a key part in addressing global emissions. The negotiators will discuss complicated and contentious areas such as finance to help developing countries, will agree the rulebook noted above, rules for offsetting such as planting trees and will ask countries to set longer term strategies. Countries should also set more ambitious targets in the lead up to COP26 under the first 5-year cycle of review and upgrade.

The event itself comprises two parts. The 'blue zone' is the official UN area on the banks of the River Clyde comprising the main Scottish Event Campus exhibition halls, the SEC Armadillo auditorium and the SSE Hydro arena. Across the river is the 'green zone' centred on the Science Centre. This space is managed by the UK Government and will host country pavilions, commercial exhibition space and events. The Scottish Government has no official status at COP26, but will work with other state and regional governments to influence the negotiators and will clearly want to showcase Scotland's climate credentials. Businesses, cities and regions may wish to sign up to the UN backed 'Race to Zero' campaign. In addition, a whole host of side events will then occur across Glasgow and beyond.

The UK has an advanced programme of Covid vaccinations - over half of adults had been given a vaccination by end of March. However, there will be concerns over reintroducing Covid to the UK so it is likely that some of the conference, and side events, will be online.
I have applied to Glasgow City Council to be a volunteer at COP26. Watch this space!

If you have enjoyed this blog, you might enjoy my book, Carbon Choices on the common sense solutions to our climate and nature crises. http://www.carbonchoices.uk/index.php/buy

Why is recycling single-use coffee cups so difficult?

24% Of Chemicals in Plastic May Be Worth Worrying About