Liang Lan
Marine and Environmental Scientist
September 15, is a world day that millions of volunteers and other nature lovers gather together to get rid of million tons of trash.

They also try to clean up the world including parks, ocean coasts, rivers and so on. World Cleanup Day 2018 is observed in 150 countries and the Day is part of the worldwide initiative Let’s Do It! World. Like Earth Day, World Cleanup Day is non-partisan, apolitical, and is not affiliated with any national or global political party or discrete ideology. A powerful ‘green wave’ of clean-ups will start in New Zealand and end in Hawaii 36 hours later with millions of people working towards one goal: a cleaner world of mismanaged wastes. The major responsibility of The Let’s Do It! is not just about clean up waste, it also aims to mobilize the global community to raise awareness and implement lasting changes to achieve a cleaner and healthier planet for all.

Clean up day began in Estonia in 2008 when 50,000 people united to clean up the entire country in just five hours. Originally the initiative work wasn’t planned to become international, but the benefits and beauties of the action was so astounding that the approach proved and become inspirational and the idea started to spread.

What is the motivation?

It is very simple to say that littering and polluting concern is the main motivation. What we do know is that out of the 1.3 billion tons of household waste generated per year in the world, only about 258 - 368 million tons of trash end up in one of the 50 largest dumpsites. Where is the rest of it? It is dumped into rivers, leaks into the oceans, is burnt openly, or left in the streets and the byways of townships and cities. For example, every year 8 million tons of garbage is added to our oceans, 80% of it from mainland waste.

The healthiness of our planet and its creatures in on the danger. As trash begins to decompose, harmful chemicals and toxins begin to leak out. First, into the soil, then it spreads into the water and air – the very things we all depend on for a healthy life. Dirty drinking water, spreading diseases, red-flag air pollution days… these are all related in some ways to the waste we produce.

Waste is a worldwide problem and this day is an opportunity to solve it. There are countless stories of the negative impacts of trash around the world. In short, we care about trash because… we can’t afford not to.

Some effects of littering

We leave our trash and litter in the nature when going for have a picnic, and don’t think of health problems for other people and specially animals and trees and so on. Here are some major terrible effects on our environment:

Let’s join together aim to kick off the litter to make a future without pollution. You can begin today by joining Let’s Do It! 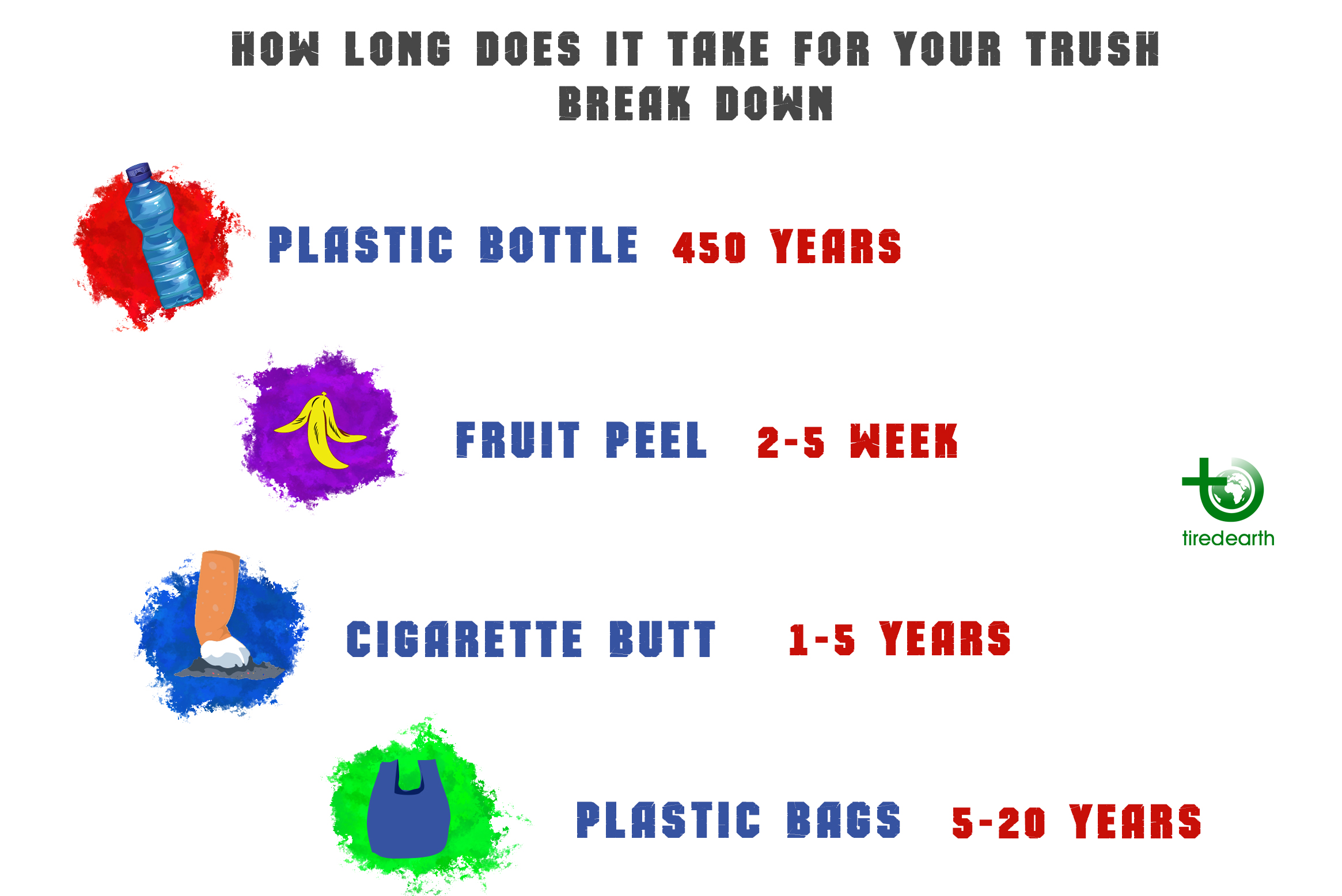 Save planet by prevention

Littering and producing litter is a big problem these days and solving it needs a giant work of a number of people. We can avoid this problem not by cleaning up, we can prevent it. Here are concrete things that you can do to help make the world a better place:

We’ve got a bunch of tips for reducing plastic waste here, but the biggest pieces of advice are easy: just replace plastic items with reusable or more readily biodegradable options. the 9.1 billion tons of plastic our species has created (and counting) wouldn’t exist if we didn’t use and throw away so much stuff.

Food waste is an environmental concern for a couple of reasons. For one, food takes a lot of energy to produce. When you toss some of your meal into the garbage, you’re wasting all that energy. And those little scraps add up; 2.9 trillion pounds of food (a third of what’s produced) goes into the landfill each year. The U.S. alone tosses something like 37 million tons annually.

The priority thing to have a healthy environment is to remove plastic straws. Because of their size and shape, they’re basically impossible to recycle. In addition to littering our landfills, they also wind up in the ocean and can cause serious harm to marine animals. Invest in a reusable metal straw, if you must continue to suck.

Sometimes we don’t have any other choice except pouring food out. This may happen to us specially when having guests. In this circumstance, most of what you don’t eat should get composted; that keeps it out of methane-spewing landfills, and can even provide rich fertilizer for local farms and your garden.

Clean world and the role of religions

Religious people or believers can play an important role in our world. Eight out of 10 people around the world consider themselves religious. Although, religions are not as strong as the past, but the figure shows that it still has a huge influence on us. Without doubt this is a potential for our nature due to save our planet. Believers can avoid littering much better than nonbeliever people. This is because of the Judge day and strong belief on it that force believers to treat better.

Jewish tradition teaches us to care for our planet in order to preserve that which God has created.

Psalm 24 notes, "The earth is the Lord's and the fullness thereof," a dramatic assertion of God's ownership of the land. It follows, then, that any act that damages our earth is an offense against the property of God. The Jewish concept of bal tashchit, "do not destroy," forbids needless destruction.

Judaism also emphasizes our need to preserve our natural resources and generate new ones for future generations. The Talmud tells the story of the sage Choni, who was walking along a road when he saw a man planting a carob tree. Choni asked, "How long will it take for this tree to bear fruit?" "Seventy years," the man replied. Choni then asked, "Are you so healthy that you expect to live that length of time and eat its fruit?" The man answered, "I found a fruitful world because my ancestors planted it for me. Likewise, I am planting for my children." In fact, tradition values this concept so much that the rabbis teach that if a man is planting a tree and the messiah appears, he should finish planting the tree before going to greet him (Avot d'Rebbe Natan 31b).

Christianity has a significant place within the everyday life of many citizens in many countries like US. This religion based on the idea that an almighty God sent his son Jesus Christ to save humanity from our sins is thousands of years old, and unsurprisingly has a lot to say about our natural world.
Put simply, Christians believe that God created the world, so by extension the respect of the world shows respect to God.

In fact, the head of the Catholic Church, Pope Francis, has been nicknamed "the Green Pope" for his work in highlighting the importance of environmentalism for Christians in the world today. "Respect for the human being and respect for nature are one and the same", he said in 2015, drawing on religious teachings to promote the low-carbon lifestyle. He also reminded Church leaders of the importance of "La cura della casa commune" (the care of the common home), that is, humanity's moral obligation to create a planet-strong future.

Islam, like Christianity, stems from the Abrahamic tradition of spirituality (ie. the historic origins that connect Islam, Christianity and Judaism). Environmental Ethics is a big deal in Islam, and is a topic that's becoming increasingly talked about as a result of issues such as global warming, drought in Islamic countries, and the global struggle for resources.
Muslims believe that the world was created by God (Allah), which warrants respect, obedience and gratitude towards Him. This includes respect of animals, other people, and the environment.
The primary source for guidance for Muslims in all areas is the Qur'an, which Muslims believe is the direct Word of God. There are around 650 references to ecology and conservation within this text:
"And the sky has he raised high, and has devised (for all things) a balance, so that you might never transgress the balance: weigh, therefore (your deeds) with equity, and do not upset the balance")55:7-9(
From this passage alone we see the importance of keeping nature "in balance", an action that in turn respects the will of God. Therefore, it can be seen that Muslims today (who have been described in the Qur'an as "stewards" of the planet) have a significant role to play in addressing issues such as pollution and global warming.

As you know, wasting food and the materials and dishes accompany it like single-use plastics, are one of the key factors polluting our environment. This verse is directly ban wasting and the lifestyle of it and order believers to consume enough and avoiding waste.
Environmental awareness and protection of natural resources is an integral part of all religions and Clean-up day is a chance for believers. We can also organize some campaigns of believers of different religions to clean-up our nature. Just we should join together and take necessary steps. These actions also help inform nonbelievers of a lot of some benefits of religions.