Debbie Banks
Journalist, writer, photographer & activist
How countries are trying to change a crucial scientific report on how to tackle climate change.

•    In 1992, countries joined an international treaty, the United Nations Framework Convention on Climate Change, as a framework for international cooperation to combat climate change by limiting average global temperature increases and the resulting climate change, and coping with impacts that were, by then, inevitable. The first COP meeting was held in Berlin, Germany in March, 1995.
•    COP26 takes place from October 31 – November 12 in Glasgow, Scotland, and is the UK’s first time playing host, in partnership with Italy. It was originally planned for November 2020, but the pandemic forced a reschedule. COP26 is generally considered to be the most significant climate event since the 2015 Paris Agreement (COP21).
•    Around 200 politicians and up to 30,000 climate activists, influencers and experts are expected to show up.
•    There was a youth summit called Youth4Climate where 400 young people aged 18-29 from member nations gathered in Milan at the end of September. The event offered young people the opportunity to develop concrete proposals for Pre-COP in Milan and COP26 in Glasgow. 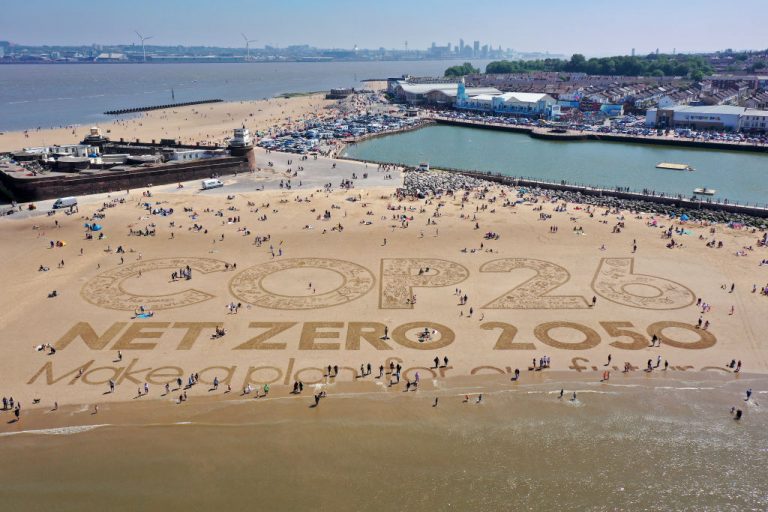 •    The recent report from the Intergovernmental Panel on Climate Change (IPCC) makes it abundantly clear that global warming of 1.5°C and 2°C will be exceeded this century unless deep reductions in CO2 and other greenhouse gas emissions occur in the coming decades. That IPCC report came out in August 2021 and has increased pressure on COP26.
•    United Nations chief Antonio Guterres has said the world’s current climate situation is “a one-way ticket for disaster”, reiterating the urgency of agreement at the COP26 climate conference at the end of the month. “The G20 leaders will meet in Rome and they know their economies are responsible for four-fifths of planet carbon pollution,” Guterres said. “China and the United States must do more than what they have announced so far. If they do not stand up … we are headed for terrible human sufferings,” he added.
•    Some wealthy nations are questioning paying more to poorer states to move to greener technologies.
•    A number of countries and organisations arguing that the world does not need to reduce the use of fossil fuels as quickly as the current draft of the report recommends.


•    An adviser to the Saudi oil ministry demands "phrases like 'the need for urgent and accelerated mitigation actions at all scales…' should be eliminated from the report".
•    One senior Australian government official rejects the conclusion that closing coal-fired power plants is necessary, even though ending the use of coal is one of the stated objectives the COP26 conference. Saudi Arabia is one of the largest oil producers in the world and Australia is a major coal exporter.
•    A senior scientist from India's Central Institute of Mining and Fuel Research, which has strong links to the Indian government, warns coal is likely to remain the mainstay of energy production for decades because of what they describe as the "tremendous challenges" of providing affordable electricity. India is already the world's second biggest consumer of coal.
•    A number of countries argue in favour of emerging and currently expensive technologies designed to capture and permanently store carbon dioxide underground. Saudi Arabia, China, Australia and Japan - all big producers or users of fossil fuels - as well as the organisation of oil producing nations, Opec, all support carbon capture and storage (CCS). It is claimed these CCS technologies could dramatically cut fossil fuel emissions from power plants and some industrial sectors.
•    Saudi Arabia, the world's biggest oil exporter, requests the UN scientists delete their conclusion that "the focus of decarbonisation efforts in the energy systems sector needs to be on rapidly shifting to zero-carbon sources and actively phasing out fossil fuels".
•    Australia asks IPCC scientists to delete a reference to analysis of the role played by fossil fuel lobbyists in watering down action on climate in Australia and the US. Opec also asks the IPCC to "delete 'lobby activism, protecting rent extracting business models, prevent political action'."
•    Argentina, Norway and Opec also take issue with the statement. Norway argues the UN scientists should allow the possibility of CCS as a potential tool for reducing emissions from fossil fuels. The draft report accepts CCS could play a role in the future but says there are uncertainties about its feasibility. It says "there is large ambiguity in the extent to which fossil fuels with CCS would be compatible with the 2C and 1.5C targets" as set out by the Paris Agreement.
•    Brazil and Argentina, two of the biggest producers of beef products and animal feed crops in the world, argue strongly against evidence in the draft report that reducing meat consumption is necessary to cut greenhouse gas emissions.
•    Green campaigner, Greta Thunberg was speaking in Sweden at an event organised by Fridays for Future. Asked if she believes Cop26 can deliver the necessary action, she said: “As it looks now, no, I don’t think so… There is a window time in which we can change this, so we’re going to do everything we can in that period of time to make sure that we push in the right direction… We are watching … We are not going to let them get away with more talking and not doing anything and pretending the situation is under control.”
COP26 climate crisis Greenhouse gas emissions fossil fuels Greta Thunberg oil industry Environmental Protection