Liang Lan
Marine and Environmental Scientist
World Tourism Day is a day which is celebrated on September 27th of each year and is designed to bring attention to the importance of tourism to the international community.

Many tourism enterprises and organizations, as well as government agencies with a special interest in tourism, celebrate the event with various special events and festivities.

The reason for World Tourism Day is to cultivate and create awareness among the society globally on the significance of tourism, and it’s social, political, financial and also cultural worth and value. The occasion tries to address common difficulties stated by the United Nations of Millennium Development Goals. It is also to feature and recognise the commitment the tourism industry can make in achieving these objectives.

On September 27th, 1970, the International Union of Official Travel Organization (IUOTO) held a Special Assembly meeting in Mexico City and adopted the Statutes of the World Tourism Organization. Ten years later, in 1980, the day would be officially recognized as World Tourism Day.

Historically, Tourism can be argued to be traced back to the Shulgi period in Ancient China, when Kings took great pains to protect the roads and build waystations for travelers. In the Middle Ages travel became even more important for religious reasons, Buddhism, Islam, and Christianity all had pilgrimage traditions that required travelling great distances in the interest of health and spiritual improvement.

This year, the theme for World Tourism Day is called ‘Tourism and Jobs: a better future for all’.

Over the past six decades, tourism has experienced continued expansion and diversification, and it has become one of the fastest growing and most important economic sectors in the world, benefiting destinations and communities worldwide.

Tourism’s role in job creation is often undervalued. This is despite the fact that tourism generates 10% of world jobs and is included in Sustainable Development Goal 8 for its potential to create decent work.

The tourism industry is one of the fastest growing industries in the world. On a local, national, and international level, tourism is economically and environmentally significant. Tourism has the capacity to help build communities and instigate positive environmental change. Tourism development can put pressure on natural resources when it increases consumption in areas where resources are already scarce.

Tourism is usually regarded as a boon to a region’s economy. Tourism brings prosperity to the region and provides employment to the locals of the region. However, when tourism becomes unsustainable in nature, it can have disastrous consequences on the environment. 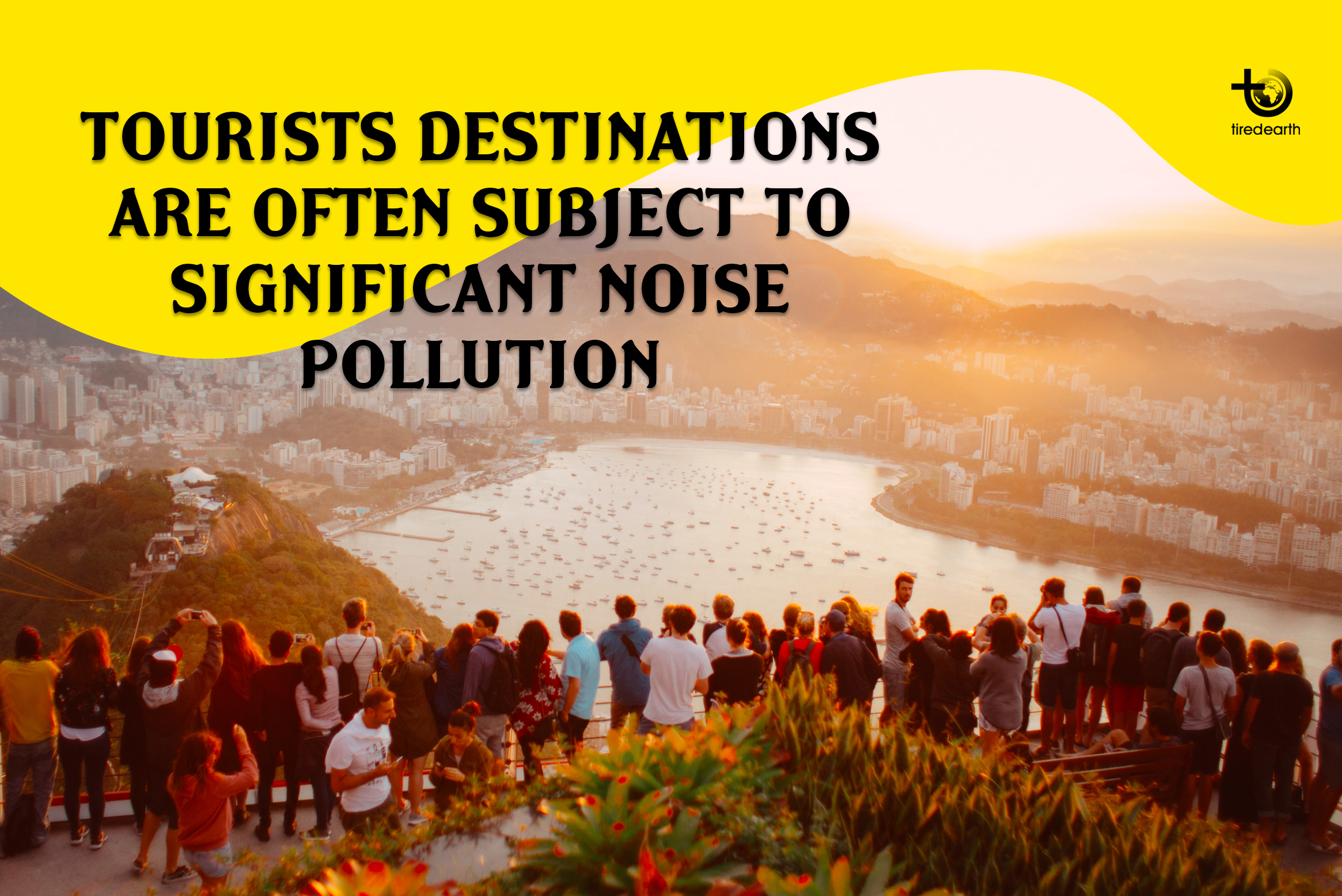 Tourism can cause the same forms of pollution as any other industry: air emissions, noise, solid waste and littering, releases of sewage, oil and chemicals, even architectural/visual pollution. Some of the ways in which tourism adversely impacts the environment have been mentioned below:

Transport by air, road, and rail is continuously increasing in response to the rising number reported that the number of international air passengers worldwide rose from 88 million in 1972 to 344 million in 1994. When a large number of tourists are involved, it invariably leads to a greater use of the transportation system. We all are aware of the fact that emissions from automobiles and airplanes are one of the biggest causes of air pollution. When a large number tourists use these modes of transport to reach a particular attraction, it pollutes the air both locally and globally.

Due to the rapid growth in international tourism, tourists now account for nearly 60% of air travel.

In many places, buses or other vehicles leave their motors running to ensure that tourists return to comfortable air-conditioned vehicles. Such practices further pollute the air.

Construction of hotels, recreation and other facilities often leads to increased sewage pollution. Wastewater has polluted seas and lakes surrounding tourist attractions, damaging the flora and fauna. Sewage runoff causes serious damage to coral reefs because it stimulates the growth of algae, which cover the filter-feeding corals, hindering their ability to survive. Changes in salinity and siltation can have wide-ranging impacts on coastal environments. And sewage pollution can threaten the health of humans and animals.

Noise pollution from airplanes, cars, and buses, as well as recreational vehicles such as snowmobiles and jet skis, is an ever-growing problem of modern life. Tourists destinations are often subject to significant noise pollution. Tourists vehicles entering and leaving natural areas create a lot of noise. Such noise is the source of distress for wildlife. Loud music played by tourists in forested areas also disturbs the animals living in the area. Often, noise generated by tourist activities for long-term alters the natural activity patterns of animals.

The depletion of natural resources is a growing concern especially in places where resources are already scarce. In such areas, the local flora and fauna might be deprived of the resources needed to sustain their lives. For example, large volumes of water are consumed to cater to the needs of the tourists, run hotels, swimming pools, maintain golf courses, etc. This can degrade the quality of water and decrease the volume of water that is available for the local population, plants, and animals. It is not only the water resources that are depleted. Unsustainable practices by the tourist industry can also put pressure on other resources like food, energy, etc.

In areas with high concentrations of tourist activities and appealing natural attractions, waste disposal is a serious problem. Irresponsible tourists often litter the tourist spots visited by them. Today some cruise lines are actively working to reduce waste-related impacts. Solid waste and littering can degrade the physical appearance of the water and shoreline and cause the death of marine animals.

Tourism has been a part of the human experience as long as there have been distant places to go and experience. Before you start your next travel adventure be sure to take some environmental values with you. To reduce your ecological footprint as a tourist be sure to conserve the amount of water you use, dispose of waste appropriately, tread lightly on the land, and become aware of the local ecosystems you choose to visit. Wherever you may go in the world do your best to support green businesses and minimize your impact on the environment.

Empty Plates in the future due to tuna extinction

Biological Diversity Is Vital For Our Survival

Breathing Clean Air; What We Owe Our Kids